Your cart is currently empty!
Total 0.00

CBD For Dogs: Don’t Wait Until It’s Too Late

Many pet parents use CBD for dogs as needed, to help health symptoms, and to support treatment for various conditions.

While CBD is used to treat dog pain and pet problems as they arise, we also fully believe in proactive use of CBD for pets. This means using CBD before symptoms arise as a way to help prevent future health issues and help chronic pain in pets. 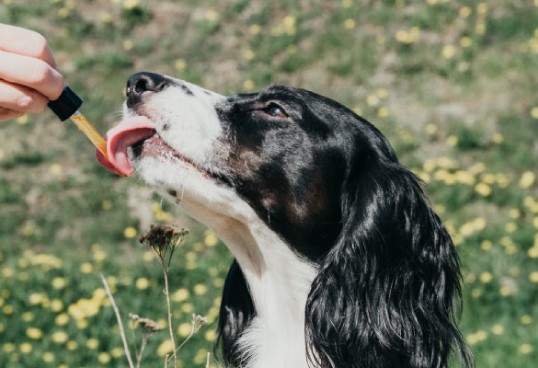 Our pet’s body requires essential vitamins, minerals, and other compounds daily to function properly and survive.

Pet parents often use phyto-cannabinoids like CBD & CBG in order to help their pet maintain homeostasis.

Homeostasis is how our pets grow and live. It is their body’s most balanced, inner physiological state when bodily systems & organs function healthily and communicate efficiently.

The ECS plays a huge role in maintaining homeostasis. 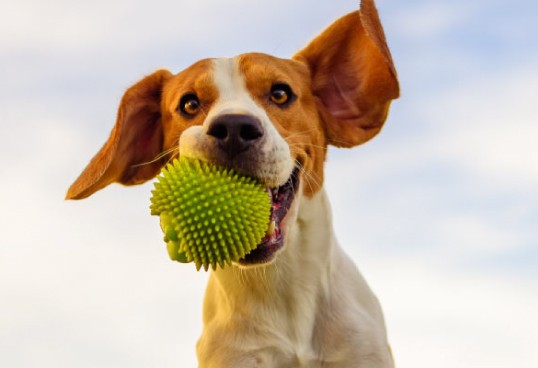 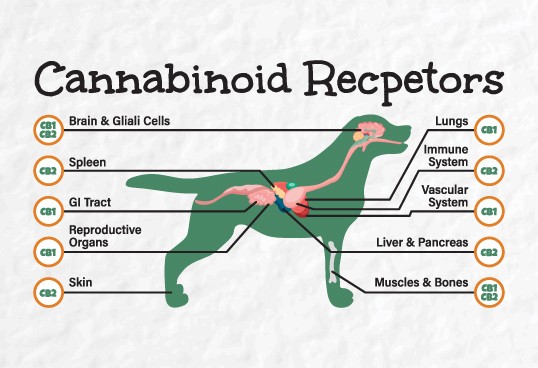 But even if a pet experiences no symptoms or illness, consistent CBD use for pets may still encourage bodily communication and prevent future health dysfunction. Research shows CBD for pets can help their body's regulatory systems operate more efficiently, especially if aging or prone to endocannabinoid deficiencies. 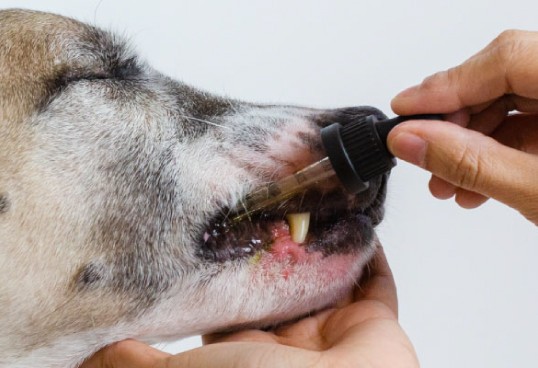 A main reason people use CBD for proactive wellness relates to how cannabinoids interact withthe immune system and inflammation.

Many use CBD for reducing inflammation due to its interaction with white blood cells and activation of the TRPV2 protein. CBD is also used to support gut health - another large location of the immune system.

The immune system needs a balance between inflammation and anti-inflammation. Inflammation is how our pet’s body protects itself and heals from injuries. White blood cells accumulate at an injury location and fight infections by attacking bacteria, viruses, germs, and harmful stimuli. Inflammation’s purpose is to eliminate initial trauma and damaged cells & tissues, then start repairing. When the immune system is out of balance, we deal with chronic inflammation. This can lead to various painful symptoms and illnesses.

Proper communication between the immune system and the rest of the body helps protect itself, balance inflammation, and support healthy organ function. 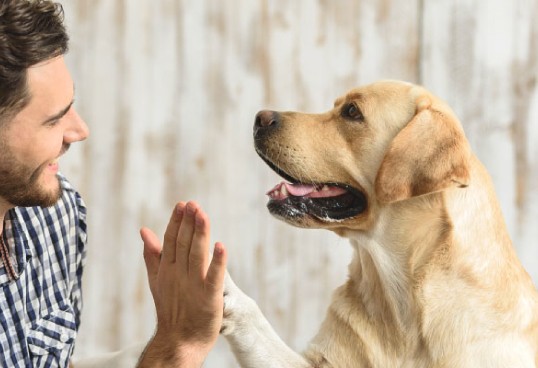 How can I be proactive with my pet’s health?

We personally find that both quality sourced food and CBD means less vet visits, costs, and a happier, healthier quality of life for us & our pets.

There are many ways to incorporate CBD into your pet’s routine, including CBD treats for pets, CBD oil for pets, and CBD topicals.

While CBD treats and CBD oils are easy ways to internally give our pets hemp for proactive wellness, CBD topicals for pets are used alone and in combination with oral CBD products for extra relief. Many dogs struggle with hot spots, rashes, or bed sores from immobility.

Many parents use CBD topicals for quick pain relief in localized areas or with CBD treats & CBD oils for whole- body wellness.

Topical health can be an indicator of underlying health issues and potentially cause further issues. We love to use our hemp-infused paw and nose balm with 50mg of naturally-occuring CBD, aloe, shea butter, beeswax, and sunflower oil for soothing effects. 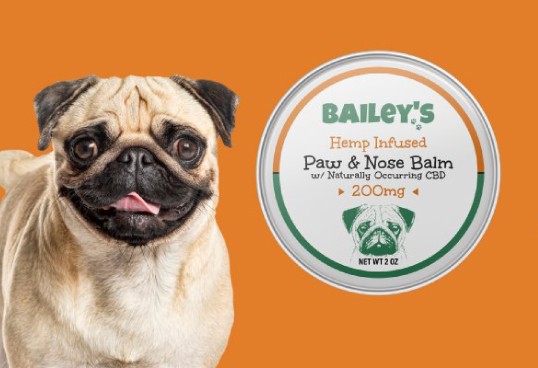 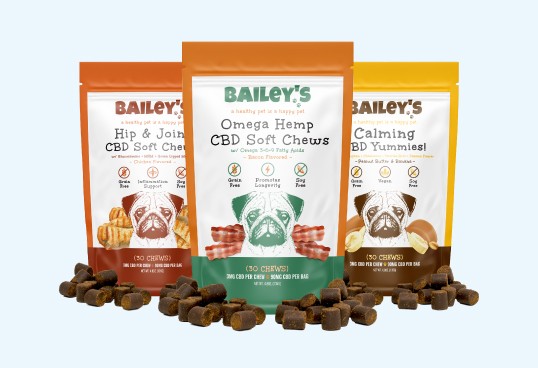 Bailey’s CBD treats are made to compliment a balanced daily routine.

Bailey’s CBD soft chews are cold-pressed and never baked. This means they keep the abundance of naturally-occurring cannabinoids, terpenes, flavonoids, and other therapeutic properties of hemp. 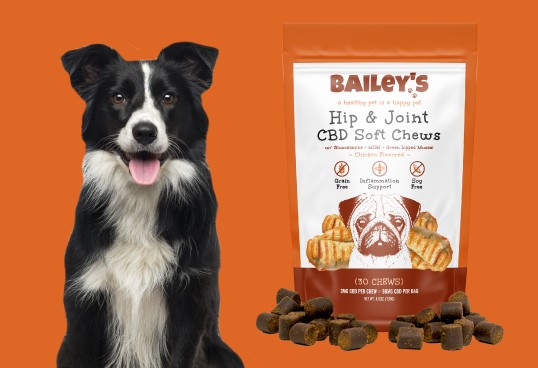 Bailey enjoys our Hip & Joint CBD soft chews to put a pep in his step in the morning.

We give Bailey Omega Hemp CBD Soft Chews in the afternoon for proper omega 3 & 6 balance.

Omega fatty acids are dietary fats important for balanced nutrition that contribute to overall well- being. Countless studies reveal so many long-term benefits of omega fatty acids for pets and humans. 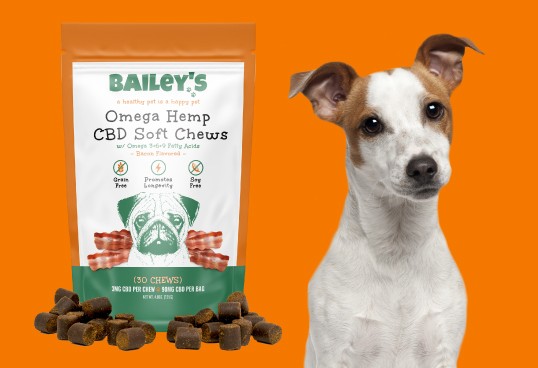 Many scientists and health professionals now believe an imbalanced omega 6:3 ratio impacts chronic inflammation. Our omega-3-6-9 source is derived from the flaxseed, which is explored for anti-inflammatory purposes and contains lignans. Lignans are popularly used for cardiovascular health and osteoporosis. 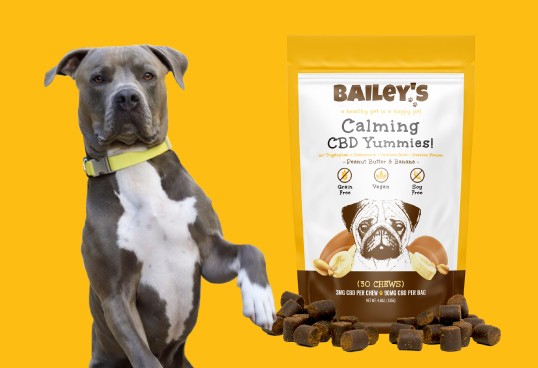 Bailey gets Calming CBD Yummies! at night to wind down from a stressful day of being the boss.

These CBD dog chews contain holistic and human-grade active ingredients: tryptophan, valerian root, chamomile, and passionflower. These compounds are heavily studied for their ability to reduce stress and support tranquility. Using the entourage effect, they act in synergy with CBD to help promote relaxation in anxious dogs and encourage healthy sleep. 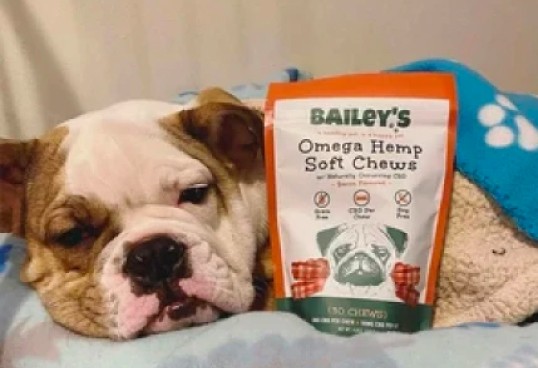 The Best CBD For Our Best Friends

We believe all pets deserve the best.

That is why Bailey’s CBD products are third party lab-tested, veterinarian-formulated, nonGMO, and made with USDA organic single-sourced full-spectrum hemp extract. Our hemp extract comes from a small family hemp farm in Colorado who hand harvests their hemp.

All Bailey’s CBD products are made with love, transparency, quality ingredients, sustainable resources, and knowledge.

No matter what type of CBD pet product your pet prefers, give your pet the gift of proactive wellness. Don’t wait until it’s too late! Nip that pain in the bud for your best bud before it starts.

These statements have not been evaluated by the Food and Drug Administration. This article is not intended to treat, diagnose, or cure any condition. Please consult a licensed veterinarian before giving your pet supplements or starting new routines.

● Glucosamine and chondroitin for the treatment of osteoarthritis

● Efficacy of methylsulfonylmethane (MSM) in osteoarthritis pain of the knee: a pilot clinical trial

● Passionflower in the treatment of generalized anxiety: a pilot double-blind randomized controlledtrial with oxazepam

● Chamomile: A herbal medicine of the past with bright future

● Endocannabinoids and the Control of Energy Homeostasis

● The effects of cannabinoids on the endocrine system

● Use of cannabidiol in anxiety and anxiety-related disorders

● Cannabidiol in Anxiety and Sleep: A Large Case Series

● Role of cannabis in digestive disorders

● Cannabidiol reduces intestinal inflammation through the control of neuroimmune axis

● Chronic inflammation in the etiology of disease across the lifespan